Roasted cauliflower and hummus pita lunch on a Monday. Cat Power spins, her old croak and beats of yesteryears warm the home. I write from the kitchen. Snow keeps coming and somehow the windowsill plants keep growing. Days off are BLESS-ED. Good night!

My latest room is a milk white cave. I am slowly morphing into a polar bear, all winter white and lumbering body. Snowy adventuring on foot led me right to a box of old photographs early this afternoon. Something needs to be done with all those fading faces. Five dollars hooked me a little toothy lady vignette as well a hard-bordered wedding couple with the bride in a fancy headdress. These folks cried out to be stenciled. D'accord.

But first I must finish what has long been started. The Seal of NY has gone from a two inch stamp to a foot and a half square stencil. That stamp caught my eye about two years ago from a No. 80 bus window while roaring down Parc in Montreal with Leo. We jumped off the bus and ran for the stamp shop, stroller and all. That's what I miss most about life with Leo, he was such good company; always ready for adventure at a moment's notice. No tears from shocking weather or quick decisions made on his behalf. Somehow that little crest has become an extension of myself, passed from hand to hand traveling this country letter by letter. That I like. Naturally, it transformed itself into something new. From rubber to muslin, art grows!

And so the cave is transforming my work. All that fits now is a bed, sewing machine and light table. Gotta choose those projects wisely. Work then sleep.

We sleep when we're dead.

Lisa justified new work last night as we stood in my room looking at the progress of a piece I am working towards (slow as molasses). Her input re-ignited the fire to create. Thank you. King for the win. It can be a discipline to sit there for hours on end, carving away to let the light shine in. Once the image takes shape and begins to reveal itself there is no turning back. The process is lean and the result rich. Turning portraits into stencils. This is my art these days. An exhibition of sorts to come.

Winter is in. Here we come.

"A creator needs only one enthusiast to justify him."
Man Ray
American Artist and Photographer
1890–1976
Posted by Margot Pollo No comments:

Cards in the air

The Maxipad has been shuffled cardlike and our home is coming along nicely. Lisa and I have switched rooms! Big to small, small to big. Change is good. I gained a window in the move, what a bonus. Solid listening station, alls we need is a rug.

My watch reads 10:18 in the morning. Pot of tea, good results, getting things done. I can feel the nerves rising for the noon shift. Changes in the kitchen now have me cooking dinner two nights of the week beside Walkman Tim, a real character. He is fast and moody. Gotta smoke those cigarettes. I am trying/ learning to keep up to his rhythm. There are moments of high stress but then the phrase 'it's just food' floods doubt and I relax into it again. Line cooking is for the wacky, no question there. It's not all stress. It is magical to feel the rhythm of three bodies working together sending out plate after plate of nice food. It hurts to send out shitty eggs, it does.

Kitchen waltz with really, really hot pans in hand. Arm hair, adieu. I like my place there, whatever it is.

Looking forward to walking around Winnipeg with Leo II in the new year. Cameras ready.

What is coming? Here we come. 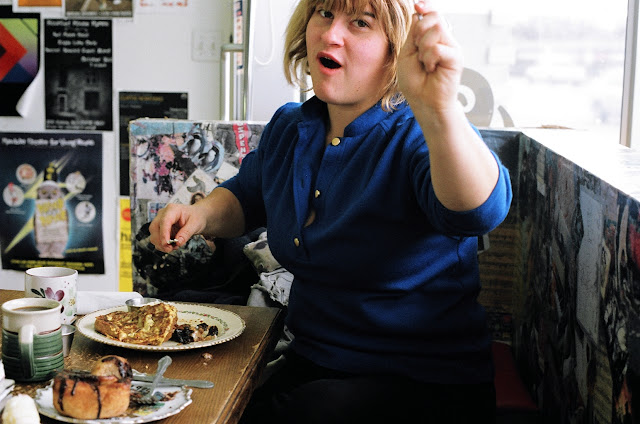 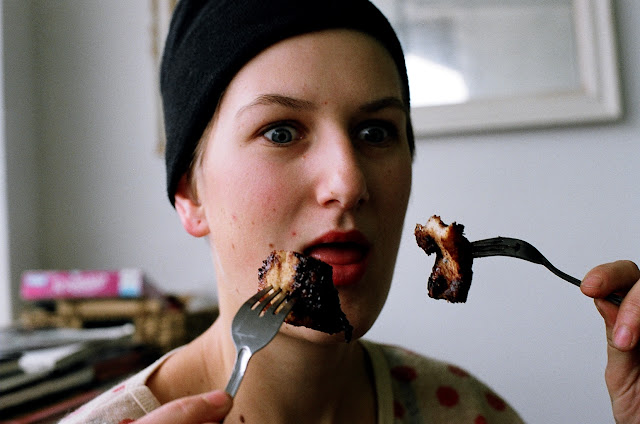 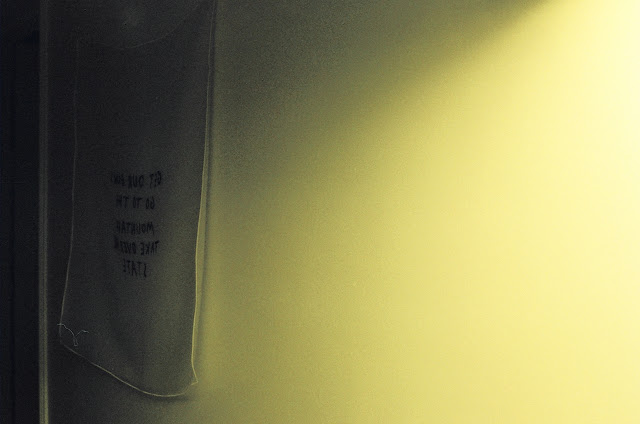 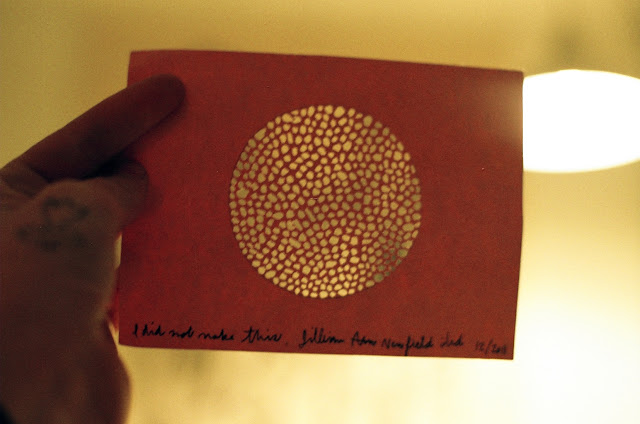 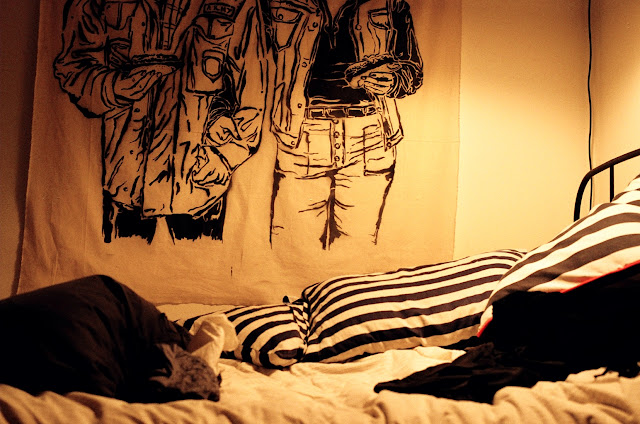 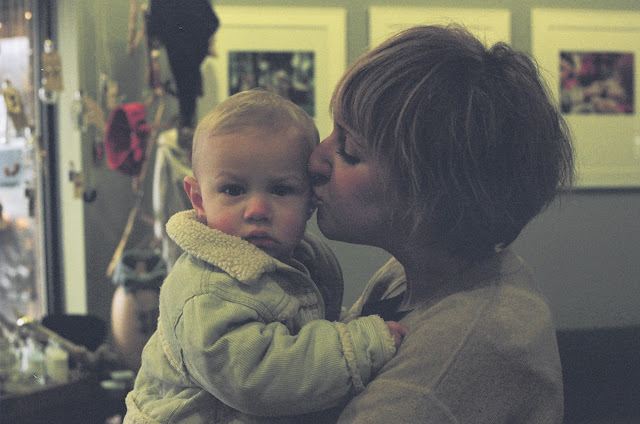 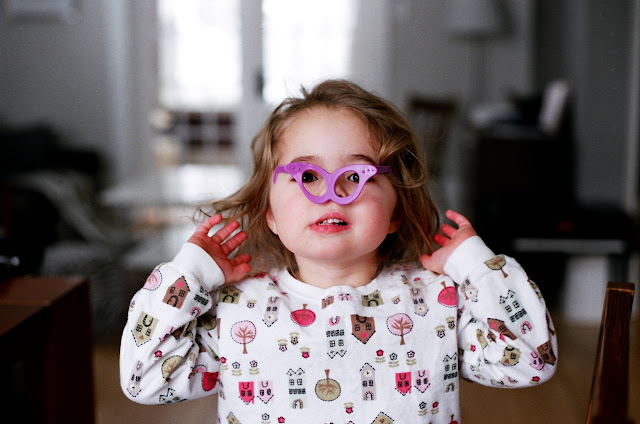 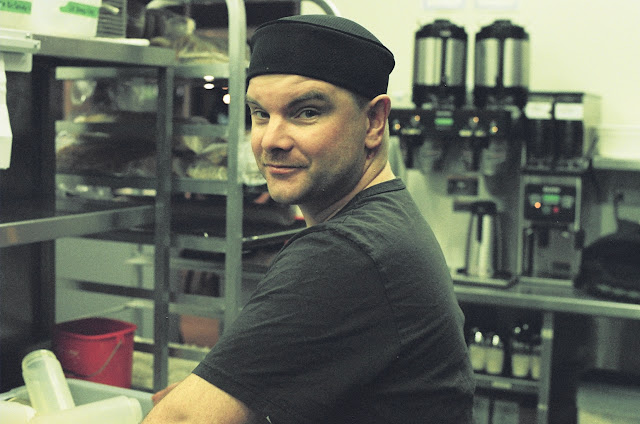 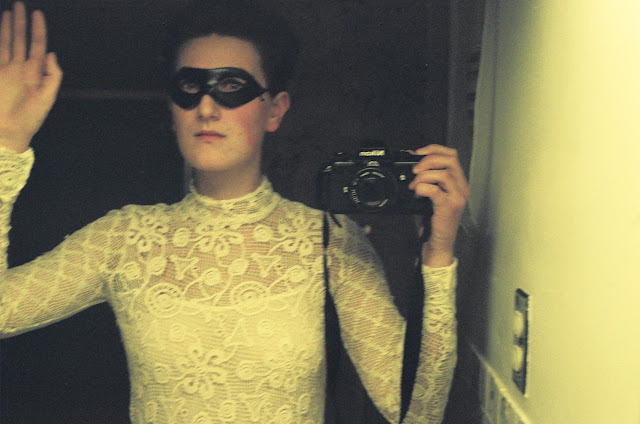 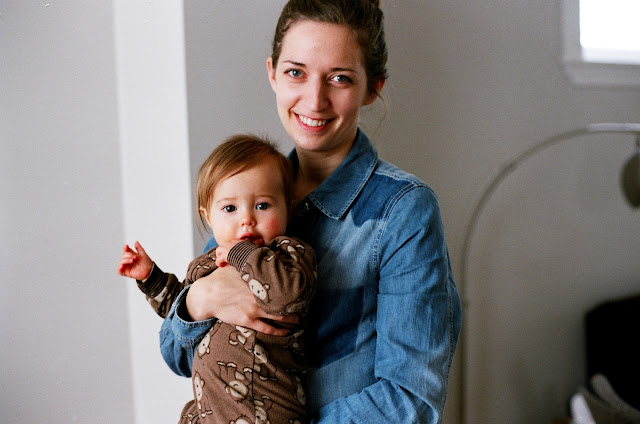 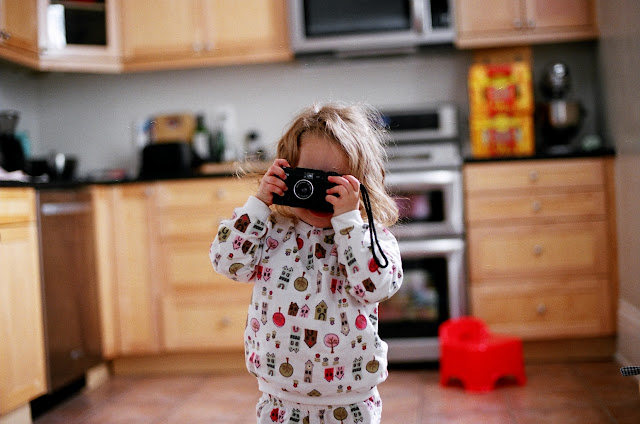 These two photographs were shot in and around Point Douglas before the snow arrived. Early October. When a roll sits around either mine or Craig's houses long enough waiting to be processed, the memory bank looses detail like quarters through floorboards. When the contact sheet developing in the tray revealed the middle girl in the hedge, I was beyond delighted. She is art. I think that is the main reason why processing film and developing photos has hooked me so, the unveiling of mystery is so worth the wait. Little details the eye tracks and freeze frames are remembered later as the image comes up like an apparition. I didn't think twice when those kids climbed into the hedge, camera at the eye in an instant. Whatever caught me then now long forgotten. The darkroom just makes sense. The more I work, the more I look, the better photography is understood. Art school restricted everything that the first image represents in me. None of it.

There were eleven usable shots in all from that long awaited October roll and after the contact print was developed (direct copy of negatives sandwiched between glass and photo sensitive paper) these were the two I started with despite more obvious gems. Save the best for later. I only had a few hours of darkroom time before work picked up and this is the fruit of my labor. No rushing art.

I love this nieghborhood. You never know in PD. Pow! The dappled light just melted me while working away. Brother and sister bookend a real wisecracker. Sweet faces. Peace, love and character. Triple threat. 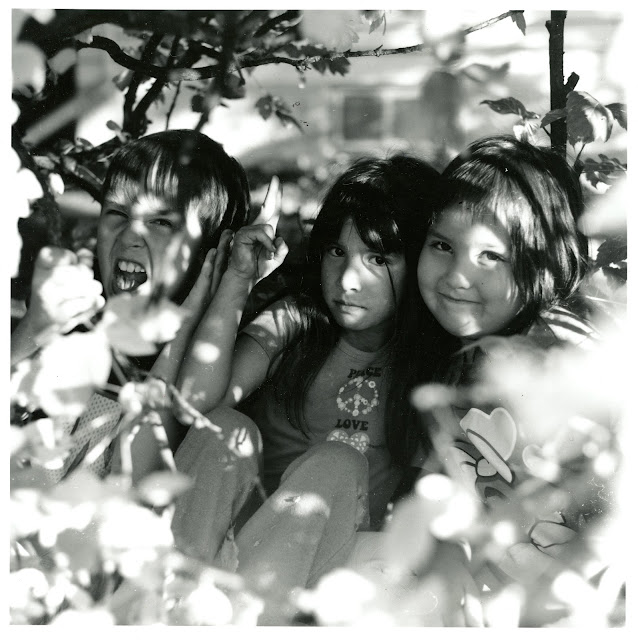 The second photo is of a house in progress in my neighborhood. It was discovered long after the framing was up, but something to it hooked me good. Shooting the progression of projects excites me.

This house belongs to a wonderful couple on Grove who I met the fourth time around. This shot was the second visit when I was lucky to find them working hard on the roof. These two inspire me as they have done all the work themselves. The contrast is a little strong for my taste (pretty clear this was the second project as my tolerance for any and all grey goes out the window after the first hour or two of printing; something I am working on). Tolerate GREY, it only adds to tone of interest. There are little details that should have been dodged, and others burned. Rafter detail for example: Dodge Margot! There is so much to work with there in that little peak. The giant window openings in the center? So much hidden detail lost. Attempt two will reveal the innards of the house and hopefully more detail on the neighbors house and that big old Winnipeg sky. Burn! One thing I appreciate about Craig is how he appraises my darkroom work. There is honesty in his critique and always a lesson for better production. My teacher, my love. I groan while he laughs at my efforts. 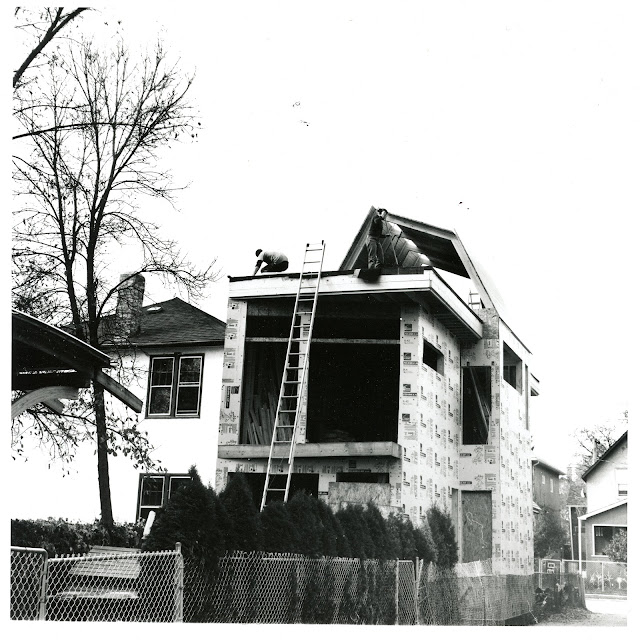 The Dragon Year has been a hell of a ride. Winter arrived with a great big dump. C and I cruised to Stony Mountain in the calm before the storm to pick up his latest project--a beater sled from the 70s. I so appreciate his faith in mechanics. My mechanic. The older the better in his books. I named it Marj the Sled after laughing my HEAD OFF zipping up and down the back alley at the Victor House around midnight. I am sure she heard us, wherever she is and delighted in our delight. It's a real beast. The neighbors must love us. No disdain for the new season, just delight and prospect. Winter getaways reeking of exhaust and wood fires.

The dark is welcomed, no sense in wrestling with it. Utilize! Production season is in. Social life lies flat, the community buried. In the light hours I work with my head down in a bright kitchen, happy, hurried, nervous, relaxed, mysterious, calm, relieved. In the dark I sit by the fire, rocking away, sipping whiskey and looking at that fat stack of bikes lined up like a gang just waiting for the light to change once more.

What a wise move it was to come back to this place. Follow your guts, they know.

Bundle up, it's sled season! As Maya would say, Bag up, it's going to be a long one.
Amen sister.
Posted by Margot Pollo 6 comments: 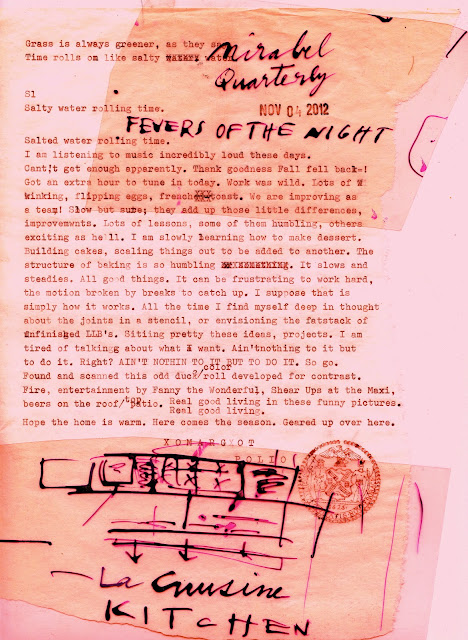 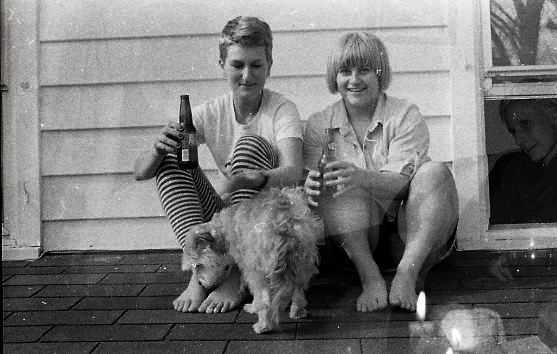 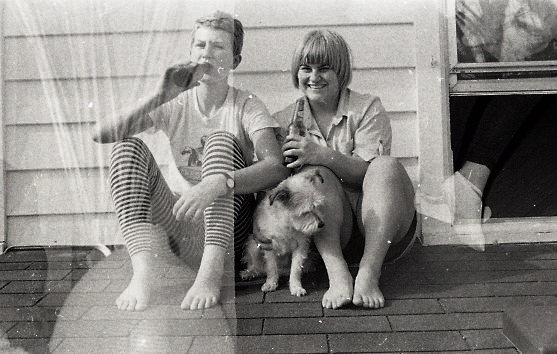 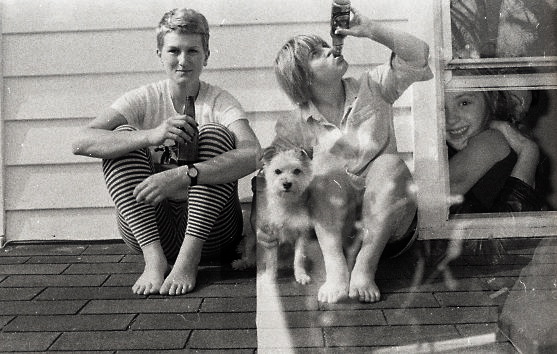