Looks from all around. New babies, old friends, favorite places, new spaces, aging faces, loved ones and wise ones. 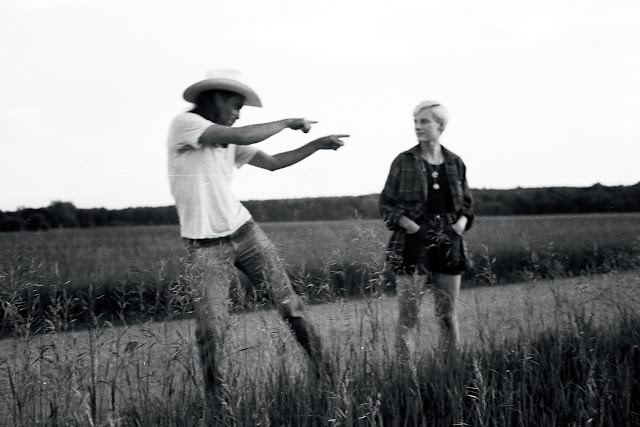 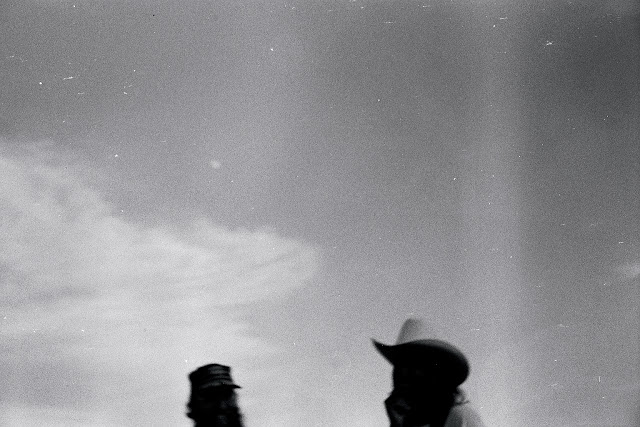 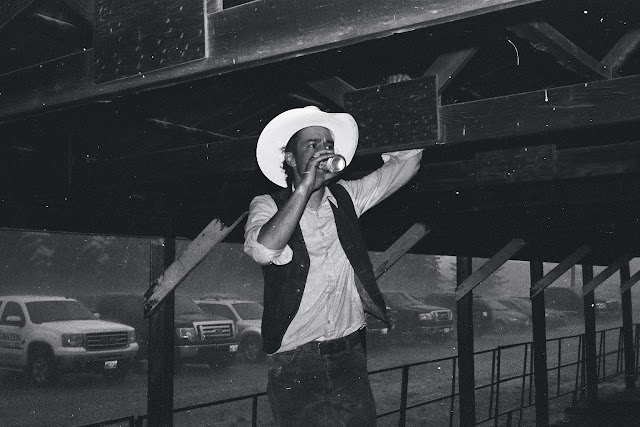 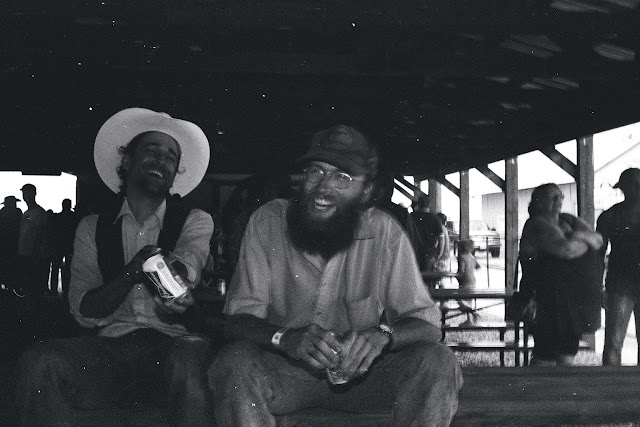 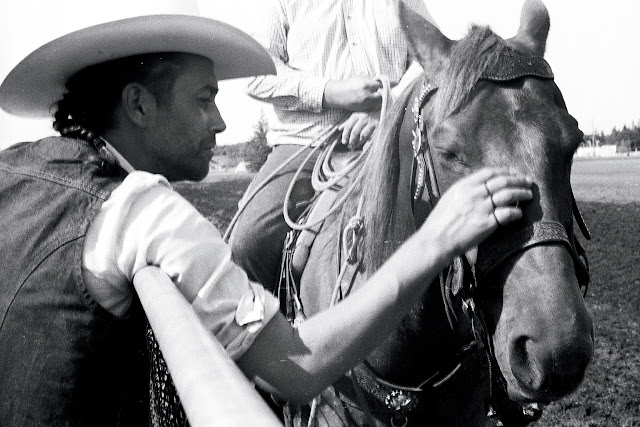 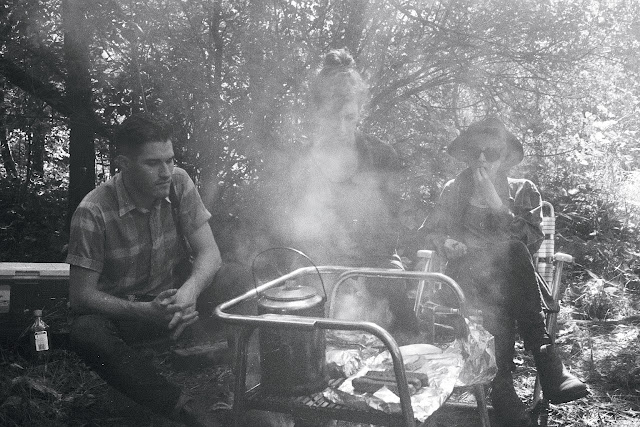 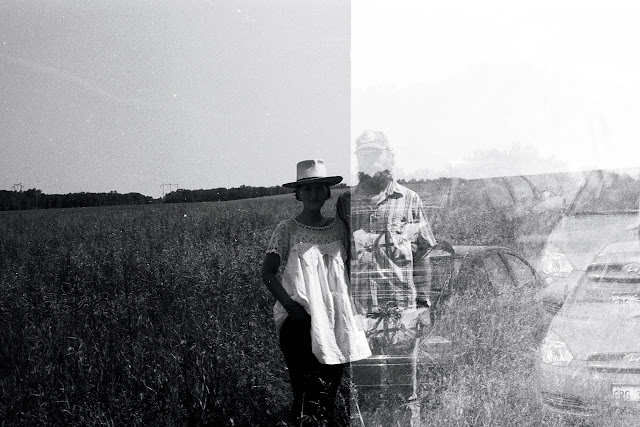 Another batch of photographs shot near the Escarpment in Manitoba from the Olympus partycam. These are the dog days of summer spent with people I love.

As my cowboy works away from home, I work away on the home. It was a good and grey weekend to organize each and every nook and cranny that was driving me nuts, bake some loaves with my brother, make fresh pasta for my colony, get the darkroom rolling, process many rolls of film, get a pedicure with the women of my family, wash the floors, move the plants around and listen to Joanna Newsom a few times over. Tomorrow my sweetheart will be home at last. I look forward to his grin upon arrival.

What a year it has been! I am beginning to feel settled in our nest at last. What a relieving feeling after a frantic month of hard work shining this gem up. Today after putting my work room into working order, I suddenly felt at home. Tomorrow I head back to work in a new family home in the neighborhood to entertain two of the most hilarious four year old twin boys I have ever met. Noam and Efram. I shot their brotherhood portrait on my back porch last Thursday afternoon. Boys and their bikes. I like them and I think they like me.

On the first of September I will begin my career as a Montessori teacher guide at Winnipeg Montessori School. Perhaps the universe led me to those two little creatures to warm me up for what is coming in hot: big kids! These little guys are not toddlers anymore (although I am glad I knew them when they were). They can ride bikes and put on their own clothes. They can sing entire Raffi songs and run for hours. They don't need naps and they both think the food I cook tastes weird. On Thursday we spent hours in the park across from their home building elaborate nests out of grass for objects found in their toy box. Pretend eggs. It was wonderful!

Being around kids with such charged imaginations is a whole new world for me after years spent caring for 0-2 year olds! Noam and Efram have already rattled off many ideas for the art class at my new school when I asked them what they liked to create. Q-Tip skeletons!! Obviously. Genius. We have made circus caravans out of paper and knights holding bloodied swords, alligators and headless dragons out of cardboard for the enormous castle we build out of blocks. I am constantly reminding myself that it is "the process not the product" that is important as I create alongside the brothers and prepare to transition into the classroom and assume my role as teacher-guide. By letting go of what I think looks best, I am free to observe the brothers create in such a wild and loose way. This very freedom inspires me to get to work on creative projects when I get home and just enjoy the process instead of being hung up on my end result. Simple pleasures.

Now that all of my latest wedding film has been processed and is ready for professional scanning, the latest project on the go is a large stencil for a special client who came to me with a dear photo of her grandparents standing in front of the semi nose-less Great Sphinx of Giza. I came up with an illustration based off the photo a while ago and only now have had the energy to put into the physical projection and stencil. I love this piece and I look forward to creating many more wall hangings inspired by my own great grandparents. I am picking up steam as autumn blows in. Life is wonderful. I am home and Iain is on his way.
Posted by Margot Pollo 1 comment:

Last night Iain and I lay on the floor of our hot and sticky home totally starkers (the only solution to enjoying August humidity to the fullest in my opinion) and talked about our recent journey east. We both long to be in that truck again, windows rolled down, hair flinging around and Mac DeMarco blaring. I miss that rolling landscape that we took in so easily then. The lines of the land blurring the further east we drove. Thank goodness for photography. Visiting the northwestern coast of Newfoundland and cruising through Nova Scotia were definitely the highlight of the trip for me. I'm grateful I shot what I did (depicted above) on contrast. I so look forward to enlarging that negative of the McDonald Bros. sawmill that shows a little of the water-powered process. I didn't even notice the reflection in the water at the time I composed the shot, I was simply drawn to the rough logs in the holding bay and that A-frame roofline. I knew my dad would get a kick out of that special place. I knew Iain was thinking of his dad and brother (who are woodworkers) as we explored the heritage site separately. What a delight to look at our collection of travel photography together. Iain shot the inside of the mill very differently that I did. His accurate shutter speed caught the main gear shaft whizzing the belt around that powers the saw to slice the logs in such a way that I can nearly hear the sound of the metal teeth ripping through the wood and the lumber flapping to the pile on the ground when I look at it. The smell inside the mill was heady and made me think of my grandpa Frank KK. The two-man show manning the mill worked so casually yet efficiently. They told us that together they mill locally felled spruce and pine and their product is sold directly to all of the heritage museums in Nova Scotia for upkeep purposes. Their collective work was a beautiful dance I won't soon forget.

ps. After much schlepping and jigging yesterday, the darkroom is beginning to resemble a place of work. While it is not nearly there yet, I can start to imagine the process when I stand in the middle of the corner I carved out of the basement yesterday. Exciting times ahead. It feels a bit like a crime to admit it while it is only late summer but I am thrilled to experience winter in this home. It's going to be cozy.
Kiev 60 / 120 Delta 400
Posted by Margot Pollo No comments: 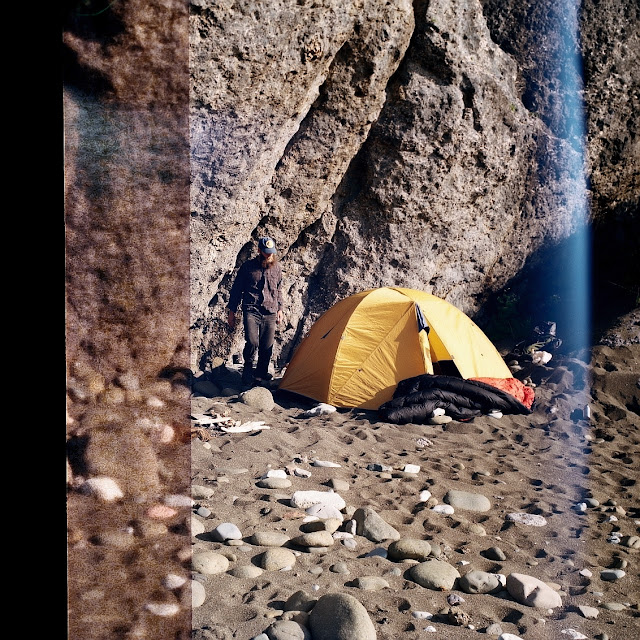 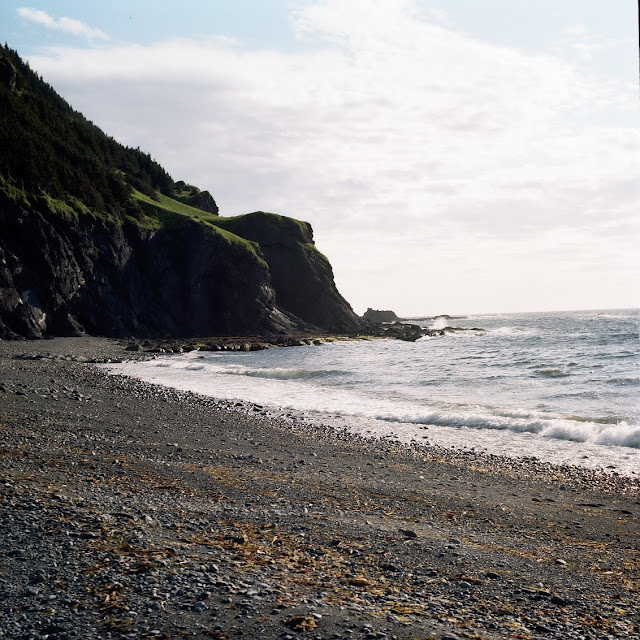 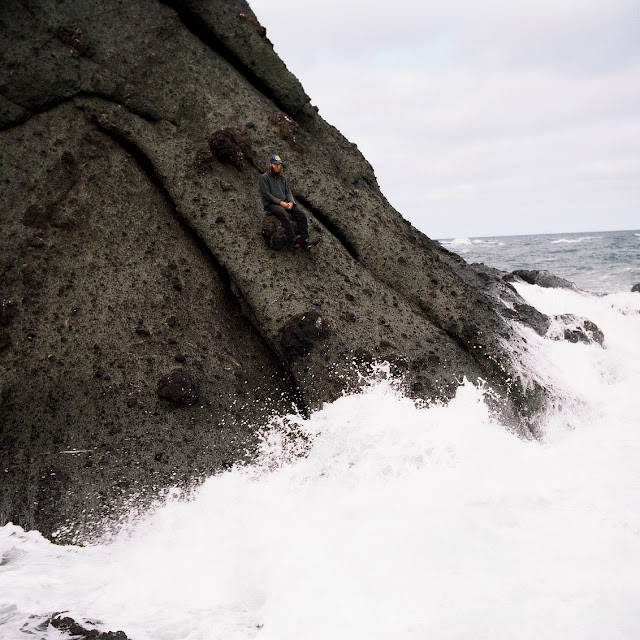 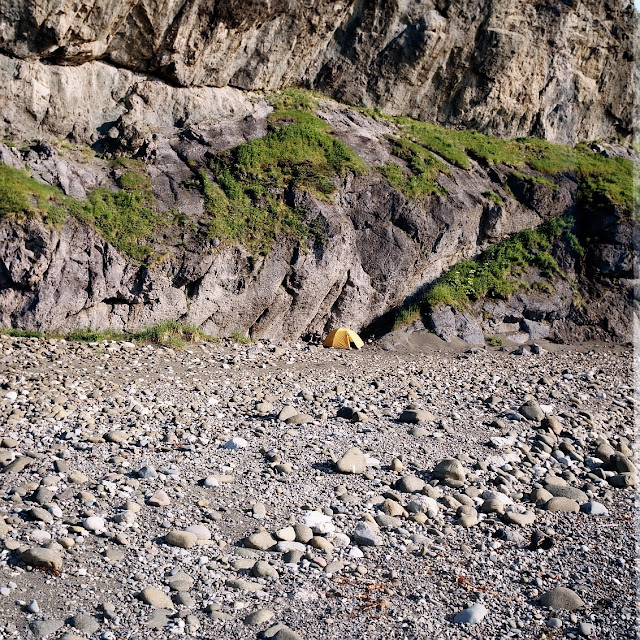 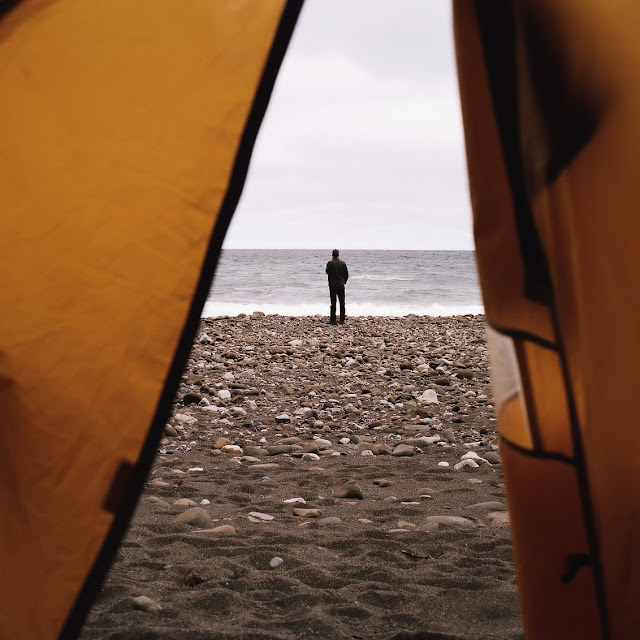 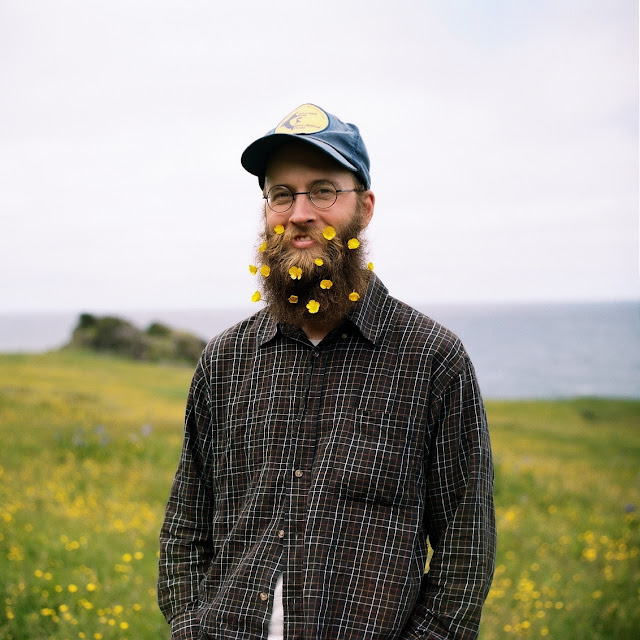 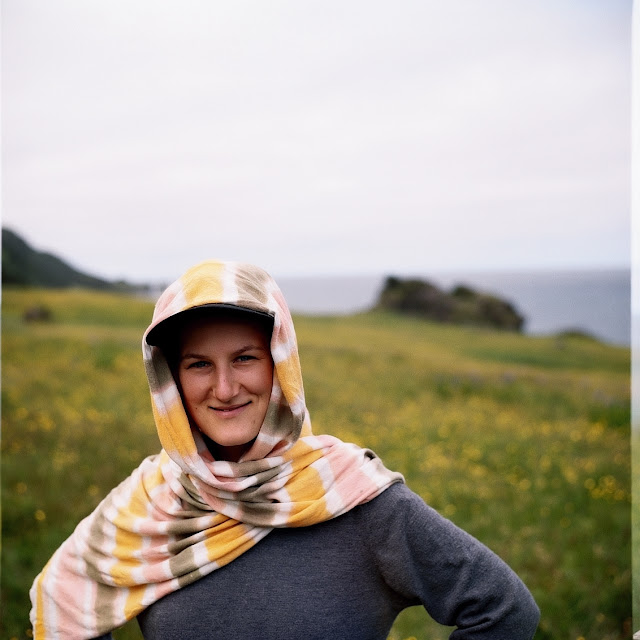 Take a hike is right. To Atlantic Canada and beyond!

We hiked some incredible trails in Gros Morne National Park in Newfoundland. We hiked in after lunch one sunny afternoon with our things on our backs and set out to camp tight against a cliff on a nice stretch of stony beach on the western coast of Newfoundland. Neither of us knew what to expect and we had to ford a river in order to get to the beach where we would be sleeping. It felt so good to drop the packs and drink some celebratory whiskey upon arrival. The sound of the waves crashing at night through the thin tent walls was terrifying and exhilarating to me. I was out of my comfort zone, no less. Thank goodness for my Tony Chestnut security blanket. Iain beautifully captured the relief on my face as we reached a plateau along the trail called Green Gardens, after climbing upwards for endless hours. Although challenging and frightening at times, I now know what I am capable of hiking. Ready for another trail!

If you're looking for an inspiring place to travel to, head for Newfoundland. I am short on words to express the wonder of beholding such a striking place firsthand. I tried to capture what I could on film, but every time I raised my eye to the frame it felt like a shame to crop a single detail, curve, bird, rock, wave, treeline out of the photograph. I had a brilliant time shooting portraits of Iain in the land. The beauty is endless on the northwestern coast of the province. We didn't have time to drive around the entire province but next time we will.

While Suzette worked her Ambrotype magic in the darkroom, Iain and I horsed around in her upstairs photography studio while on vacation in Sherbrooke, Nova Scotia. These photos are equally funny and special to me. I can see all I need to know in the portrait I shot of Iain: humour, love, ease. In the portrait he shot of me, I can see inspiration building up under that top hat; one hundred ideas and emotions ready to take off like a shot. I'm so grateful he gets me for me.